The Most Devastating Hacks of 2018… So Far

Network security is a crucial consideration for every contemporary business owner, as there are just too many threats that originate from an Internet connection to be overlooked. One only has to look at what businesses of all sizes have dealt with, even within this calendar year, to gain an appreciation for how crucial it is that every business owner consider their cybersecurity.

Here, we’ve assembled a few statistics and examples to illustrate just how serious the threat of cyberattack can be, hopefully inspiring you to prioritize your company’s network security. Consider these cybersecurity figures:

If that wasn’t convincing enough, what follows is just an assortment of the attacks that 2018 has seen (as of July). To simplify things, we’ve organized them by the intended targets: public (like individuals and government bodies) and private (such as businesses):

Clearly, if these lists are any indication, companies of all sizes need to commit to maintaining their network security, holding it to a higher standard. For assistance in doing so, you can rely on the professionals at PCS. We can design and implement security solutions to protect you from threats like these, and others that may rear their ugly heads. Give us a call at (865) 273-1960 to get started.

Why PCS?
PCS has been a leader among Knoxville area IT companies and serving this community since 1996. Our all-inclusive services enable you to focus on running your business without constantly worrying over your IT. Your search for IT companies in the Knoxville area can begin and end with PCS. As your IT partner, we take the IT part of your business out of your hands, and the hands of your employees, who should also be focusing on what’s most important: running and growing your business.

FacebookTwitterLinkedIn
Tags:
Network SecurityHackersMalware
Why (and How) You Need to Maintain Your Servers
Faxploit: Hundreds of Printers Putting Businesses ... 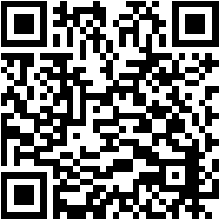