PCS has been serving the Knoxville area since 1996, providing IT Support such as technical helpdesk support, computer support, and consulting to small and medium-sized businesses.

IT Trends SMBs Should Focus On in 2020

Technology is a key part of operating a business nowadays, which is why advancements in business technology solutions are so important for organizations to keep pace with. Let’s review a few solutions and technologies that we predict businesses will (or at least, should) focus on this year.

Microsoft Office is the most common productivity suite in the world, and it’s for a good reason. One of the biggest reasons for this is that they routinely update the applications with great features. Office 2019 is one of the biggest improvements that Microsoft has made, and it features several apps that make the modern office work.

How to Get the Best Wireless Connections in Your Office

There are plenty of small irritations to be found in the office, from a pot of coffee that someone neglected to refill to the sound of a squeaky chair under the office fidgeter. However, none are quite as infuriating (or as detrimental to productivity) as an inconsistent Wi-Fi signal. What makes the Wi-Fi so spotty, and how do you resolve that?

How often do you read a blog article about network security only to be blown away by all of the overly complicated and confusing jargon of the industry? We know that it’s not necessarily your specialty, but it’s still important that you understand how network security works for your organization. While the complicated details should be left to IT professionals, we can help you better understand the general idea of security by comparing it to a locked door.

Tip of the Week: 10 Technology Practices To Improve Business As Usual

What Does Your Software Have in Common with the Food in Your Fridge?

It’s a well-known fact that nothing in this world lasts forever (other than Twinkies), and this pertains to your technology more than perhaps anything else. The same solutions that you’ve been working with for years will also need regular updates and improvements in order to stay relevant to your organization.

When you think about it, making sure that your software solutions are always up to date is sort of like keeping your kitchen cabinet full of foodstuffs that haven't spoiled. Both the software developer and the food producer offer resources that are absolutely crucial in the modern world, and both create products that frequently need to be replaced in order to function as intended. Both offer sustenance to something or another; yet, how similar are they really?

A food producer will tend to focus on offering delectable foods that taste great and offer nutritional value, while a software developer will work toward creating user-friendly solutions and patching up vulnerabilities. Any improvements made tend to be focused on security, but often times the developer will add new features or improve the user interface to offer a better experience as a whole. Primarily, the patches issued resolve problems that hackers can take advantage of to infiltrate your organization and cause trouble.

These improvements are one of the reasons why you might receive notifications about updates available every so often. In fact, they are so frequent that if you don’t implement them as they are released, you could quickly fall behind on network maintenance.

Returning to the food analogy, let’s take a look at a convenience that most businesses have: a break room fridge. If each of your employees keeps a single cup of yogurt in this fridge, and it goes uneaten, it will naturally spoil. However, if you keep this spoiled yogurt in the fridge, despite it being practically inedible, someone will eventually try it out. This could result in employees getting sick.

Whether it’s poor productivity from being ill all day or software that’s missing critical software updates, the result is the same: the potential for a really bad time. If you have someone whose responsibility is to “restock the fridge,” you can keep your organization from being exposed by the sudden, gut-wrenching sickness of a hacking attack.

PCS can be the ones to keep an eye out for anything that needs updates or patches on your network, and better yet, we can do all of it ourselves without interrupting operations. This keeps you from taking valuable time out of the day to do it yourself, and you can know for certain that your software solutions are being handled with the care they deserve. To make sure that your business’s network security doesn’t reach its expiration date, reach out to us at (865) 273-1960.

It’s not an understatement to suggest that hackers are a hindrance to business. They take what doesn’t belong to them, and worse than that, they use that stolen information to make off with money, misrepresent individual actions, and ultimately, just cause a degree of added entropy that any business simply doesn’t need. Recently, with the hacker group Anonymous consistently in the news and dozens of corporate hacks resulting in millions of people’s personal information being compromised, hackers have been an increased part of the public consciousness.

On January 10, 2016, television producer Sam Esmail stood on the stage at The Beverly Hilton and accepted the award for Best Dramatic Television Series for the show he serves as showrunner on, “Mr. Robot”. The Hollywood foreign press had chosen the series for this award, despite the show’s non-traditional plot, which centers on an anti-social (and hopelessly schizophrenic) network administrator that spends his nights as a seemingly benevolent hacker. Earlier in the evening the show’s co-star, veteran actor Christian Slater, took home the award for Best Supporting Actor in a Drama Series.

With the success of “Mr. Robot”, and other high-profile films and shows that tell the stories of hackers, there has been a suggestion that the entertainment industry unwillingly romanticizes hacker culture (not that sitting alone in a dark room, having a bad haircut, and wearing giant black army boots are actions that people would normally emulate). Take 2015’s Blackhat, a drama directed by Michael Mann. The movie stars one of the more bankable stars in the world at present, Chris Hemsworth, as a federal inmate (convicted of hacking) that is given a furlough to help his college roommate (and Chinese cyber warfare officer) solve a series of high-profile hacking attacks that cause destruction and chaos. In the movie, Hemsworth plays the role of anti-hero; a character that would be a villain in society, and makes good by doing the very thing he has been incarcerated for.

The representation of hackers as the good guys, or the popular anti-hero, is something that Hollywood has embraced for some time. Hackers are most prominent in movies about hacking, obviously, but they also show up in heist movies, and any other movie in which the story has a computer system standing in the way of resolving their goals. If the villain of the story is a hacker or computer, rest assured that the man or woman coming to save the day is a hacker; one of the only types of characters that can overcome a rogue hacker or computing system.

In reality, however, hackers aren’t as interesting or benevolent. Many of them will break down the barriers guarding your client’s and employee’s most sensitive information if they think they can squeeze a buck out of it. That kind of dedicated opportunism, and, to a lesser extent, schadenfreude, make hackers a deplorable result of computer systems’ prevalence throughout the culture. In Hollywood’s defense, hacking makes for a pretty boring movie, but human oppression or destruction, themes that you’ll find in nearly every good hacker movie, aren’t.

There have been dozens of movies about hackers that have been produced over 30 years. Some of them, like “Tron” and “The Matrix,” are science-fiction films that as a design, play with the concept of reality, while movies like “War Games” and “Hackers” present hackers as cognizant wrong-doers, but again present the act of hacking as a means to a heroic end.

Some of the most noteworthy “hacker” movies include:

How many of these titles have you seen? Do you think that hackers have been fairly represented in film, or do you think Hollywood has glorified hacking? Please feel free to leave your thoughts in the comments section beneath the blog.

At PCS, we don’t glorify hackers. We fight them with proactive monitoring and management to ensure that, if someone that doesn’t belong there does try to get into your network, we are there to ensure your network remains safe. For more information about the steps we can take to keep hackers out of your network, call us today at (865) 273-1960. 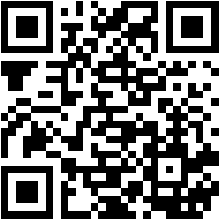