PCS has been serving the Knoxville area since 1996, providing IT Support such as technical helpdesk support, computer support, and consulting to small and medium-sized businesses.

Subcategories from this category:

IT Blog, Technology, How to, Alerts, Off Topic/Fun, Best practices, Tip of the Week, Security, Miscellaneous, Business, Cloud, Uncategorized

There’s Value in Outsourcing Your IT, Part V

Information technology continues to play a more significant role in businesses, and as technology changes, so should yours. IT procurement is a critical part of any business’s success, which means that your business can greatly benefit from a managed service provider. They have the know-how to procure all of the best technology. Today, we will discuss how your business can acquire the IT it deserves.

There’s Value in Outsourcing Your IT, Part IV

Many businesses are capitalizing on the vast amount of benefits Managed IT services can bring to the table. These service providers are able to assist your business in obtaining, and managing the technology that you rely on. Working with one of these providers can help your business simplify data management practices, as well as make them much more secure. Today we will go over how they are able to do so.

There’s Value in Outsourcing Your IT, Part III

When you need something done that requires a level of skill or experience or knowledge that you don’t have, what do you do? Generally, you call in someone who has the required skill, experience, or knowledge that is required. Your business’ information technology strategy should be approached in the same way. As we continue our series on how managed services can make a business more efficient, we’re considering consultants.

There’s Value in Outsourcing Your IT, Part II

Old-school business information technology support isn’t necessarily wrong, but it most definitely isn’t cheap nor efficient. IT support strategies are developing in ways that some time ago, would have thought to be unheard of. Your business no longer needs a full on-site staff designated to maintaining network security or updating software. In part two of our five-part series, we discuss how your business can have the support it needs through managed services.

There’s Value in Outsourcing Your IT, Part I

Computers sometimes appear to have a mind of their own. For businesses, this is less than ideal. If the support structure is not in place to take control of your business’ infrastructure, your business' profitability may be negatively impacted. In this five-part series, we will discuss how being proactive keeps your technology in check.

Taking a Long Look at Microsoft 365

Microsoft has always offered a variety of business solutions, some which conform to your needs and others that do not. The beauty of this is that you can pick what solutions will benefit your business and leave the ones behind that don't. Here, we will discuss Microsoft 365 and what is offered within the Microsoft 365 package.

Patches are a critically important aspect of your technology. As a result, you need to be sure that yours are managed properly. Below are a few tips to optimize your patch management processes.

Largest Data Breaches Since May

Has your business’s network ever been breached? With 446 million records compromised in 2018 alone, businesses need to understand what threats they are currently under and the importance of prioritizing network security to keep hackers at bay. Let’s take a look at some of the largest data breaches that have happened just since the beginning of May.

For many of us, our work roles require us to access folders and files that are buried deep on a drive or network share. It can be tedious clicking through a dozen folders to find the one we’re looking for.

A client of ours recently emailed me asking for some help with this exact problem. She had my sympathy, because I’ve been there before too. You may already be thinking of an obscure folder you’d like easier access to yourself.

We’ve all caught the obvious spam email, like the message that is clearly bogus, or the offer that is definitely too good to be true.

We’re going to confidently assume none of our readers are getting tricked by Nigerian Princes or getting roped into order virility drugs from an unsolicited email. The real threat comes from the more clever phishing attacks. Let’s take a look.

Hack of Capital One Exposes Information on 100,000 Customers

Capital One is one of the largest credit card issuers in the world. On July 29th 2019, Capital One made an announcement confirming it is the victim of one of the largest data breaches in financial sector history, and a former software engineer for Amazon has been indicted on charges related to the hacking.

Windows 10 is the benchmark in PC operating systems. It offers users all types of great options from previous versions of Windows while integrating some of today's most dynamic technology to provide users with the very best in organization and ease-of-use. Today, we will talk about five very simple tips that will get you started getting the full function of Windows 10.

Microsoft Windows has been a staple of modern computing, with each title in the series offering more innovative features. When it comes time to retire one of their operating systems, it can be troublesome for businesses. This coming January, two of the most utilized versions of the Windows OS - Windows 7 and Windows Server 2008 R2 - will be losing support, effectively ending their viability. Businesses that still use these will have to come up with a plan for how they are going to proceed once Microsoft retires that software.

Why a Wireless Network Design is Necessary in K-12

In the past few years, the needs of a wireless network have evolved greatly. Early on, access to a wireless network at a school was a convenience that allowed a handful of mobile devices access to the internet. With the lack of mobile devices and the financial investment made on wired computer labs, the wireless network was far from mission critical. Today, other than sports stadiums and some hospitals, schools have the highest client density and some of the most demanding wireless needs of any user group. Schools now have a wireless device, typically a laptop or tablet, for every student and teacher in the district. The wireless network must also sometimes support a wide range of cell phones and other random devices such as printers, A/V equipment, and other devices of varying wireless capabilities. With the influx of wireless devices, the thought process in which a wireless network was designed also had to shift from providing coverage designs to engineering capacity designs.

Chances are, you’ve heard of “phishing” - a cybercriminal’s scam that steals data, access credentials, and other sensitive information by fooling a user into thinking they are providing this information to someone who is supposed to have access to it. However, there are a few different kinds of phishing, based on how it is carried out. Here, we’ll discuss the realities of spear phishing, and the risks it poses to your business.

It’s time to abandon Windows 7 for a safer option. Windows 7 is considered to be one of Microsoft's most successful operating systems. So much so that many organizations skipped upgrading to either of Microsoft’s newer operating systems - Windows 8 and Windows 10. You may be able to list many reasons why you want to stay with Windows 7, but it is time to start preparing to upgrade away from the OS as the end of life deadline is fast approaching.

Do Your Potential Clients Know What It Looks Like to Work With You?

While we all have a series of steps we generally follow each time we partner with someone to provide products or services, we often don’t document them or tell our clients (or prospective ones) what those steps are.

There is credibility in an established, consistent process that is consistently followed. It ensures that steps aren’t missed and that nothing falls through the cracks.

What You Need to Consider About BYOD

One of the biggest buzzwords in business these days is BYOD - Bring Your Own Device - and for good reason. There are plenty of operational benefits that an organization can enjoy by adopting a BYOD policy, but BYOD isn’t an inherently perfect solution, which means that businesses that leverage it need to do so mindfully.

A Story of Caution

A couple of months ago, I shared some content on LinkedIn. It was something that Gary Vaynerchuk had posted. I have been listening and reading his content off and on for the last 7 or so years. What happened next was really unexpected. Within a couple of minutes of sharing that post, I was sent an invitation to connect. I thought this was really exciting that someone I had been following for so long had wanted to personally connect. Next, he sent me a message via LinkedIn. I started down a conversation that was pretty involved and well played. Spoiler, it wasn’t Gary V.

Tip of the Week: How to Speed Up a Slow Windows 10 Device

Windows 10 is a remarkable tool. Having said this, it can sometimes seem to slow to a crawl… not the ideal situation when you’re trying to be productive. That’s why we’re devoting this week’s tip to speeding up Windows 10. 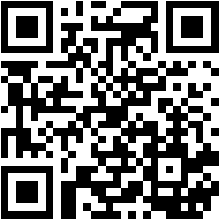