A Story of Caution

A couple of months ago, I shared some content on LinkedIn. It was something that Gary Vaynerchuk had posted. I have been listening and reading his content off and on for the last 7 or so years. What happened next was really unexpected. Within a couple of minutes of sharing that post, I was sent an invitation to connect. I thought this was really exciting that someone I had been following for so long had wanted to personally connect. Next, he sent me a message via LinkedIn. I started down a conversation that was pretty involved and well played. Spoiler, it wasn’t Gary V.

He asked me a lot of questions, and he used phrases and rhetoric that were very convincing. He referenced content and asked questions as he would usually ask people in interviews that I had seen. I was sure I was speaking with him, but in the back of my mind, I kept trying to reconcile why he was reaching out to me. I had just shared an article of his, but come on, this was a little weird. That being said, I was really excited and shrugged off the thoughts.

The conversation turned from asking questions about how long I had been following him, to asking about investment opportunities. He asked me about what I knew about blockchain and cryptocurrency. Again, red flags started showing up, but there was also something familiar because I had seen Gary speaking more and more on cryptocurrency as well. I think that I wanted it to be him enough that I kept putting those doubts out of my mind, but this was getting to be too much. He sent me a link for the next steps, which I did not click.

I stopped speaking with this person and soon the account had been deleted. I updated passwords, but the history of this connection was removed. The only evidence I have is the screenshot from my phone. When I looked at it later, it was very easy to tell that it was fake, but at that moment the experience was a different story.

The enemy is real, and they are getting better every day. Always keep your guard up. I was lucky, but many people, friends, and family are not.

If you are ever uncertain, the best advice is to stop communicating until you can verify who you are dealing with. Just like bullies, most of these people are taking the path of least resistance and if you ask enough questions they will move on to their next target.

Be safe out there.

FacebookTwitterLinkedIn
What You Need to Consider About BYOD
Tip of the Week: How to Speed Up a Slow Windows 10... 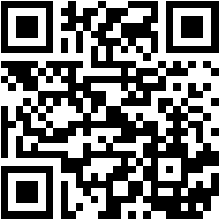